A Brief Introduction to the Reverse Protocol

The Reverse Protocol is gaining momentum in the DeFi space. Read on to know what it is all about!

There are numerous DeFi protocols out there and it’s no easy task to stand out against these fierce competitors in the cryptocurrency ecosystem.

But there is a new kid on the block who’s grabbing the spotlight.

We’re talking about Reverse Protocol. At face value, you might imagine that it is a reverse cryptocurrency. But you’re far from the truth here.

So what really is the Reverse Protocol? Let’s find out!

What is the Reverse Protocol?

Built on the Harmony blockchain, the Reverse Protocol is a treasury strategies and yield generating protocol similar to Olympus DAO. The platform is bringing a lot of interesting products that are inspired by the game theory for long-term sustainability.

We’ll discuss each of them in detail later so let’s leave that to then. For now, let’s talk about other cool things about the platform, like the RVRS token.

RVRS tokens are minted by the protocol’s treasury on each block. A majority of these tokens are distributed through Reverseum pools, liquidity incentives, and single-asset auto-compounding staking.

The users of the Reverse platform have the option of leveraging single assets or their own liquidity or even giving them up to Reverse’s treasuries for a higher RVRS yield. And they can do so by entering the Reverseum pools. But if they decide to do so, they would essentially forfeit their assets.

While it sounds like a bad deal, it really isn’t. Forfeiting underlying assets helps the protocol’s Governance control liquidity. A percentage of it is burned which offsets token inflation and locks the permanent liquidity of the token.

On top of all that, it allows for the protocol to be able to own stable assets. It can then deploy strategies that would benefit the stakers and expand the treasury—all on the stable assets it was able to buy because of the assets you forfeited.

So if you’re betting on the growth of the protocol, you can leverage auto-compounding balances and expect to see high ROI—all while helping the protocol get better.

A thing that differentiates Reverse from most of the other platforms in the DeFi space, is the fact that it is built in such a way that it can manage its Governance token minting emissions dynamically. This helps the platform provide and sustain high yields that the providers and stakers can bet their last dollar on.

Now, if you’ve been in the industry for a while, you would know that while many platforms can claim to provide high yield, few can claim to have the ability to sustain it. And Reverse is one of them.

When the platform sees that the APYs have fallen below some threshold, they are rebased. This rebasing ensures the yield’s sustainability.

The platform’s bonding pools, decentralized treasury and single-asset staking features feel very similar to Olympus DAO (OHM), Klima DAO (KLIMA), and Wonderland (TIME). But do not mistake it for a “reverse currency” project since it’s far from that. 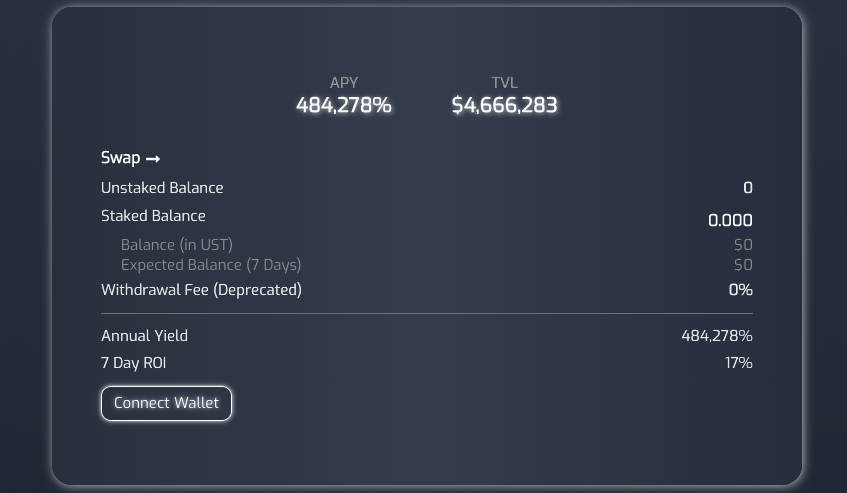 Its treasury, the Reverseum Treasury, holds all the forfeited assets while the Governance takes care of the single assets and liquidity. This way, there is maximum efficiency.

So, let’s say I propose a strategy to use 10% of the assets the treasury has and deploy them for staking UST on the Anchor Protocol. Why would I want that to happen? For the yield, of course. This yield could support RVRS tokens when we burn them or do buybacks.

Now, there would be some discussion and a round of voting. If the community feels the way I do about it, the proposal will be passed.

What is the Reverse Token (RVRS)?

The Reverse Token (RVRS) makes up the fundamental building blocks forming the Reverse Protocol. You would, however, be using the token mainly to capture and earn yield. And to do so, you need to rely on either auto-compounding RVRS staking, Reverseum pools, liquidity incentives, Governance, or by using the token as the yield-bearing token for assets that the treasury distributes.

The platform utilizes multiple ways of maintaining a stable supply growth of RVRS. Firstly, there’s minting, of course. Coming in at the second position, we have the fact that they’re trying to build permanent liquidity.

Thirdly, they’re using an assortment of assets managed directly by the Governance. Through all of this, the cryptocurrency does not aim to appreciate in prices, but instead to become Harmony’s leading decentralized currency. 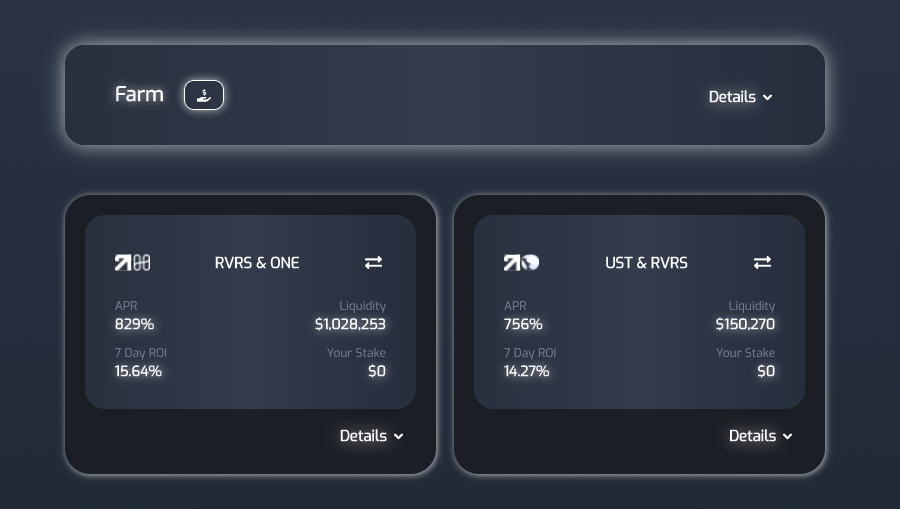 With its single-staking option, it allows users to go ahead and earn as much RVRS as they want with the help of auto-compounding yield (shown as APY). And then there are the stable asset airdrops that the treasury carries out to benefit the stakers.

These pools allow the platform to acquire liquidity and other assets that it can keep in the reserve. So, there’s always exit liquidity locked for the trading pools. This way the market continues smoothly and the token holders and long-term liquidity providers don’t have anything to worry about.

It also ensures that the protocol has enough liquid single assets in the form of stablecoins to deploy different strategies for the benefit of stakers as well as the expansion of the treasury.

For liquidity provider tokens, half of the bonded assets are burned in order to ensure there’s permanent liquidity for the pair we’re talking about. The other half flows into the Reverseum Treasury.

When we’re talking about single assets instead, the entire deposit is sent directly to the treasury. It is then used to benefit stakers, liquidity providers, and RVRS holders.

Give the platform a try and see if it fits your needs well. The community has only recently started talking about it, and so far, things have been on the positive side. But what happens to the platform in the future is something only time will tell.